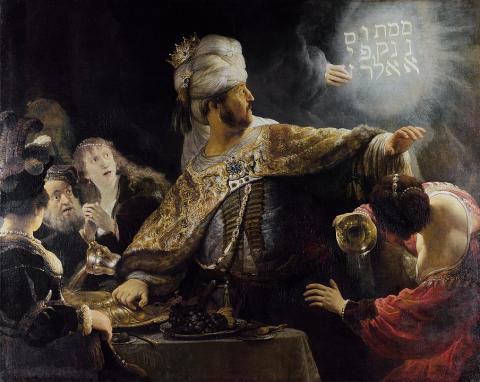 Late Babylonian Priestly Literature (LBPL) is a joint project headed by Michael Jursa of the University of Vienna and Nathan Wasserman of The Hebrew University of Jerusalem.

The present project is a contribution to Ancient Mesopotamian literature and intellectual history. It defines a corpus of Late Babylonian Priestly Literature (LBPL) from the final centuries BCE and contextualizes it vis-à-vis its socio-economic, political and intellectual background. We argue that these specific circumstances not only transformed the way traditional texts were studied in Mesopotamia, but also brought about the creation of a body of new writings – writings that claim explicitly or implicitly traditional or ancient origins, although they were in fact products of a period contemporary with, or shortly preceding, the date of the manuscripts that are preserved.

LBPL studies texts transmitted in manuscripts recovered from Babylonian temple libraries, or the libraries of Babylonian priests, in the cities of Babylon and Uruk, esp. texts from Esangila, the main temple of Marduk in Babylon. These tablets, overwhelmingly without an explicit date, have been generally assigned to the Late Achaemenid and Seleucid/Parthian period, (ca. late 5th to the 1st centuries BCE). Essentially, these compositions refer to events with a bearing on their priestly authors’ temples and deities, in the remote past, in recent history, and in the future, the priests aspire to. Genres include chronicles of recent events, historical-literary compositions narrating the remote past, ritual texts codifying the ideal present, and prophecies imagining the ideal future.

Past research on Late Babylonian historical-literary and the ritual texts tended to consider the tablets as copies of far older compositions. The present project will set out to prove the specific working hypothesis that these compositions (and their manuscripts) are of Seleucid origin. The argument behind this hypothesis is principally historical: the predominant themes addressed in this literature demonstrably fit the interests of the Babylonian priesthood in the particular socio-economic and political niche of the period after the Macedonian conquest of Mesopotamia, in the late 4th century.

The first century or so of Hellenistic rule over Babylonia saw a strong royal interest in the native temple institutions and temple cities. There are acts of royal euergetism far beyond anything attested for the Late Achaemenid period. Subsequently, royal disengagement began to make itself felt again, and at the latest with the Parthian conquest, Babylonian temples were cast into a severe crisis (again). According to the project’s hypothesis, this renewed royal interest in the temples and their cult in the late 4th and the 3rd centuries, and the crisis that resulted from the withdrawal of royal support in the 2nd century, are the context into which the composition of Late Babylonian Priestly Literature and its transmission as documented by the extant manuscripts is to be located.

The main ideological components of LBPL drew on the triangle ‘priest – Esangila/Marduk – king.’ In contrast to much of previous Mesopotamian literature, it is the priest, not the king, who is the unambiguous defender of religious standards and cultic normality. The king is a more ambivalent figure: he can be good in these texts, but also bad or potentially bad and repenting. The wisdom of priests as guardians of traditional written lore was the measuring rod for a behavior that is acceptable to Marduk. For this, the priests can and must aspire to royal recognition, but they also have the right, and the duty, to stand against the (foreign) king when the values of the religious system demand it. The texts in our project share an interest in one or more of these motifs. We can therefore argue in favor of a coherent intellectual, political and socio-economic setting for the emergence of these texts in the form in which they are known to us.

LBPL is a scientific source made accessible on the Internet for the benefit of the entire Assyriological community – scholars and students alike – and for interested people in tangential fields.

No commercial use is allowed.

For citing a specific LBPL text, use its fixed LBPL No. NNNN.

For referring to the site, use: M. Jursa and N. Wasserman, Late Babylonian Priestly Literature: http://lbplproject.com/.